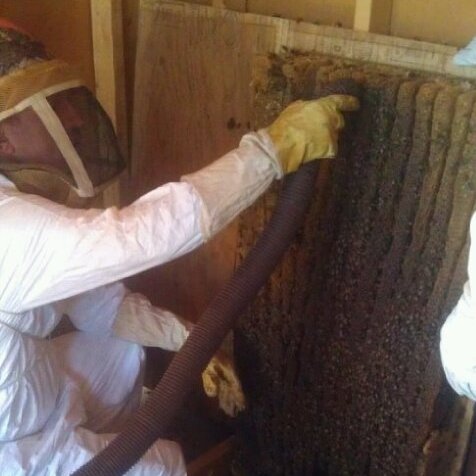 So my wife and daughter and I just finished making up two top bar hives that we got from Jason Fink.  What a pleasure.  Nicely done Jason.  Everything just fell into place.  Super nice hives based on…Continue

I have 4 hives for sale.  3 were started from cutouts, 1 from a recent 20lb swarm. All are housed in Langstroth hives.  Open to trade for beekeeping equipment ( Lang, TB ) or ?.  Albuquerque, N.E.505…Continue

Will work for honey!We have a 4 frame extractor that we would like to put to work.  If anyone needs to get some frames extracted we might be able to help out.  Drop off or come and help, either way. …Continue

We need some frames of brood! Langstroth
2 Replies

Hi all,We are in the middle of hiving a few cutouts and making a few splits.  In order to pull it off the way we are hoping, we will need about 4 to 8 frames of brood.  Anyone out there have a…Continue

Started this discussion. Last reply by Darren Jewell May 30, 2012.

About me:
Hobby hives on and off for 20+ years. We have three hives in the back yard of our N.E Heights home. My wife and I enjoy garden, greenhouse, bees and raising our 3yo daughter.

I use the following type of bee hives:
Langstroth

Well folks, it is that time of year again.  Yes the swarms have started here in Albuquerque.  I can't remember having swarms this early in the year before but today I got my first swarm call near Juan Tabo and Candelaria. I can hardly believe it but it's true. Looks like it's going to bee a buzzy year.

P.S.- Scratch what I said in an earlier post about not doing a full hive inspection until a little later on.

You need to be a member of Albuquerque Beekeepers to add comments!

Dear Darren Jewell: I have frequent requests from neighbors about bees in walls, in canales, etc. If you are willing, please send your contact information to cyahne@unm.edu